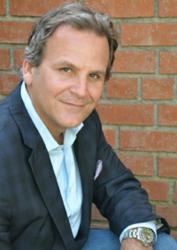 Casual Male Retail Group, Inc.’s new concept “Destination XL” or “DXL” (http://www.destinationxl.com) will be opening this spring in a 10,000 SF space which is a portion of the former Borders Books in Brea Plaza, Brea, CA. There are currently 16 DXL stores open throughout the United States, and Brea Plaza will be the first DXL store to open in California. The 140,000 SF center sits at the corner of Imperial Highway and I-57, just ¼ mile from Simon’s Brea Mall. Tenants in Brea Plaza include; Total Wine & More, Panera Bread, Buca di Beppo and Mothers Market. SPL Realty Partners was the sole broker in this transaction.

Johnny Was (http://www.johnnywas.com) has opened its third retail store this past November at Fashion Island in Newport Beach, CA. The upscale women’s apparel retailer leased a 1,329 SF space just outside of Nordstrom formerly occupied by Fluxus. This adds to the company’s other two southern California boutiques which are located in Santa Monica Place and The Grove in West Hollywood. SPL Realty Partners was the sole broker in this transaction. The Irvine Company was represented in-house by Valerie Hutcheson.

Lifschultz commented, “It’s exciting and rewarding working with leading national retail chains to secure prime locations in the best markets throughout California and the United States. We believe it is of the utmost importance to first understand each client’s business and who their customers are, prior to identifying any sites. We take a proactive, aggressive and strategic approach to site selection and negotiation”.